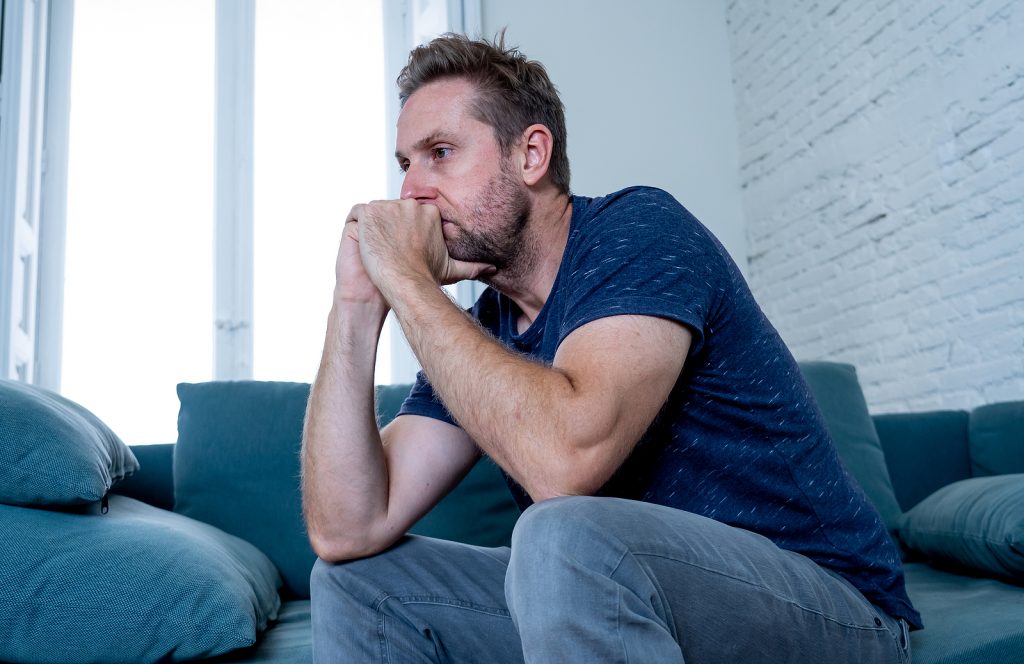 A few years back, I was suffering from a mild but persistent depression. Although I had been taking medication for almost a year and it had managed to lessen the extent of the pain, I was unemployed and low on self-esteem, and I did not know when things would begin to “come together.”

So, I did what many others in my position have tried. I moved to a different city, hoping I could start from scratch. Moving your life across the country can be an exciting journey that gives you a fresh outlook. But when you’re doing it to escape your own inner struggles, you just take them with you.

For a few months, I lived in San Francisco. It was beautiful and interesting and open. But I had never even visited before. I had no friends and no local experience. Instead of enjoying it, I hit a new level of loneliness.

Compounding the problem, I stopped taking my meds. I knew enough to gradually wean myself off them, avoiding any immediate danger. However, I still needed them more than I realized.

One day, about a week after I took my last antidepressant, I experienced a sense of despair that increased over the course of the day. By nighttime, I felt worse than I ever had before and I did not know what to do about it.

If you are lucky enough not to have experienced depression before, you cannot know what it is like. It is not just a strong sadness or despair. Rather, it is an all-encompassing agitation and emptiness, and it completely warps your thinking. It is incredibly frightening, as you have never experienced such pain before and you feel completely helpless.

When I was suffering from depression, my mind did not quite lie to me. However, it did give me a very myopic view of life. I only saw the pain in my life, and that made me question the point of living. I started obsessing over the fact that I would die one day, but instead of the shortness of life making the time I had more precious, it made the suffering seem pointless.

Depression made every second feel like a tortuous day. Worse was that when one second ended, another followed. I took sleeping pills to get away from the pain, but knowing I would be waking up to the same pain meant that the respite barely seemed worth it.

I was very lucky to have good health insurance and a contact for a great psychiatrist. He put me back on antidepressants, and gave me tranquilizers. But when I turned up for a follow-up at his office a few days later, I was disoriented and despairing. I had somehow managed to drive there without hurting myself or others, but he could see that I needed to be hospitalized and monitored.

Thus began a lengthy journey to health and happiness. I spent time in the hospital, almost catatonic while my body adapted to the medication. Afterwards, I did an inpatient program at a psychiatric institution, that gave me the skills to manage my emotions and find a way forward. It became an incredibly meaningful time in my life.

With the right combination of medication, therapy, and emotion regulation training, I eventually realized I was lucky to be alive. Things could have gone very differently for me.

Why I stopped taking my medication

Earlier I mentioned that I weaned myself off my antidepressants, which cleared the way for this major depressive episode. Why did I do that? This is a question I asked myself, and it is surely confusing for anyone who hasn’t been through depression. It makes it difficult for some people to feel sympathetic towards us.

But in retrospect, I can understand exactly why I did it. As I said, while the antidepressants had lessened my depression, I was still struggling with a sense of directionlessness. Part of me thought that the antidepressants might be dulling my creativity and energy.

However, the more potent reason was that I had been depressed for a long time, and it felt like that could go on for the rest of my life. Subconsciously, I believed that the only way for me to get better was to make it impossible to go on like that.

In a sense, it had that effect, but if I had known just how bad it would be, I would have never even considered it. I deserved care, but I felt like my position was all my fault. What I wish I had known was that I could ask for help even if I wasn’t on the verge of catastrophe. Depression is a disease like any other, in that you are better off treating it when it is mild than raging inside you.

Major depression warps your thinking, which makes it difficult to make the best decisions for yourself. Try and remember that you deserve care, no matter what your mind is telling you. And if a loved one is going through depression, try and let them know that they can get help, even if they don’t want to ask for it.