Personality disorders are extremely varied – and in a way, deeply misunderstood. It’s completely unfair to criticize or label someone based solely on their personality – but a personality disorder is separate from what someone might consider a personal characteristic. Minute differences in behavior from person to person are obviously a fact of life – we’re all unique, after all, and we cope and deal and tackle situations in entirely different ways, with different perspectives, approaches, and personal ticks. 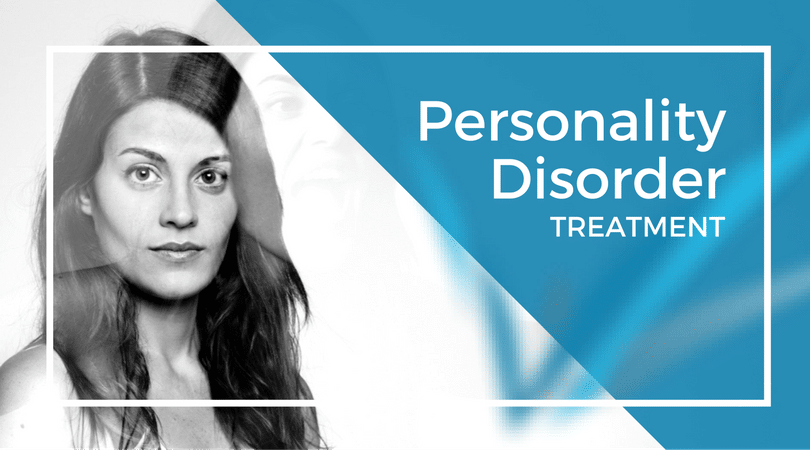 But there are times when our minds are riddled by a behavior or trait that is so pervasive, harmful and destructive that it can’t be classified as anything other than a disorder. That doesn’t mean every jerk is dealing with a mental illness – rather, personality disorders manifest themselves as long-lasting, rigid and deeply embedded patterns of behavior that aren’t bound in any way by rationality, and cannot simply be changed with perspective or time.

As an example, a personality disorder may create distress and friction at home and in the workplace – and even after being confronted with the consequences of their actions and the severity of their behavior’s ill effects and fully recognizing them, a person suffering from a genuine personality disorder would simply not be capable of changing anywhere near as simply or quickly as someone who just happens to be spoiled, or a little selfish.

When It’s a Personality Disorder

As with any mental disorder, the crux to getting past the limitations and behavioral blockades of a personality disorder is by first seeing to it that the person with the disorder acknowledges and understands that they have a mental problem, and can specifically describe how their thought process fundamentally differs from other people. The differences and symptoms setting personality disorders apart include:

This isn’t a complete list, and for many, it’s not a definitive guide to identifying a personality disorder. The truth is that what really defines a disorder is the way it cuts into your life. If you feel legitimately unable to keep yourself from resorting to harmful behavior, or if you feel that you have a problem, then you need help. It’s as simple as that. You don’t need to take online tests or look up symptom lists. Do you have a problem? Then call us. We’ll help you figure it out.

From there, it’s a long and fulfilling road towards a more harmonious life. Don’t get us wrong – we don’t think there’s any one way to be human. And suffering from a personality disorder doesn’t make you less of a person, or somehow less deserving of a good life, lived with love and wonder. It just means you have an issue you need to deal with, in order to ensure that the way you’re wired doesn’t end up hurting other people, or yourself.

For some, making the transition to coping and controlling a disorder may just be a matter of a short few months. In other cases, it’s more pervasive and will require a life-long support system of family members and loved ones to totally control.

We can’t say how long it’ll take, or how we’ll go about helping you fix your thoughts – but we can promise you that we’ll stick with you, and help you for as long as you want our help. We’ll never give up on you – and if you never give up on us, then you too can lead a life without hurting others, or yourself. Here are some of the ways in which we can help you:

Left unchecked, your disorder can wreak unimaginable amounts of havoc both on the state of your relationships and the emotional and physical wellbeing of others around you – and worse yet, the resulting trauma could unlock other underlying disorders and bring along a larger host of difficult-to-treat issues. This, in particular, is important to understand – a personality disorder can often be plagued by co-occurring disorders, including clinical depression, anxiety, and addiction.

This doesn’t complicate treatment. In fact, it helps us choose a more distinct and concrete path of treatment – understanding how different disorders tie into each other may sound confusing, but it actually lets us further shed light on how to help you. This is why the treatment options above may seem a bit barren – your full list would be much more extensive, but we have to first understand what we’re dealing with.

That is why we put a great emphasis on achieving the most accurate diagnosis possible – so we understand the full scope of your mental health, and more importantly, can relay that information back to you so you can best understand yourself.

Among the many different definitions in the field of mental health, the borderline personality disorder may carry one of the most unfortunate names. To clarify, there’s nothing borderline about a BPD diagnosis – you’re not slightly or just a little mentally ill, and the diagnosis itself has nothing to do with the severity of your symptoms.

The origin of the definition came from patients being perceived to be on the “borderline” between psychosis (delusions, hallucination, paranoia, etc.) and neurosis (trauma-related quirks and compulsions, coping mechanisms, etc.). Another known term is “borderline-type emotionally unstable personality disorder”.

To someone with BPD, their emotional state and perception may feel normal until they realize they have an actual problem, and the disorder is highlighted by an unstable sense of self, mood, and emotions, specifically with powerful and uncontrollable fluctuations of all kinds. Symptoms can include:

If these sound familiar, that’s because they’re rather common in other disorders as well. That’s one of the bigger difficulties with BPD – it has a lot of overlap. That doesn’t mean, however, that we can’t find and treat it effectively – even when it’s paired with a host of other disorders, such as cyclothymia or clinical depression.

Treating a Case of BPD

While general treatment for personality disorders is the same, what truly differs is how individuals react to treatment options. This is why it’s important for treatment facilities like us to be prepared for any combination of possibly effective treatment options. Human beings are wonderfully complex, and the human mind is especially so.

Tackling a case of BPD, then, requires a lot of patience and a flexible game-plan. We’ve got both. Here are some of our options for you:

Talk therapy options such as DBT and CBT offer different ways to analyze and tackle the long-term consequences of a personality disorder, while medication can help severe cases alleviate their symptoms of psychosis, depression, anxiety or emotional instability.

We often talk about how cookie-cutter procedures and treatment plans aren’t part of our style, and it’s especially true in this case. Because of the fluid nature of personality disorder symptoms, we focus more on you and your individual experience rather than any strict textbook definitions of what your diagnosis should look like.

From there, the definition plunges into the depths of vagueness, with a really accurate depiction being non-existent. Instead, it depends on the individual themselves, and the diagnostic decisions and findings of a professional psychiatrist.

Histrionic personality disorders exist within a broad realm of symptoms, each one related to a mistaken or unstable self-image. Oftentimes, HBD sufferers are prone to and capable of wanton self-destruction in the name of attention, utilizing manipulative behavior to be the center of everyone’s perception.

It sounds a lot like narcissism but is differentiated by the fact that someone with HBD may not necessarily think very highly of themselves. Symptoms include:

None of this is normal behavior, and never should it be considered normal – but there are cases when one or several of these symptoms are more of a cry for help from a different disorder, than a case of HPD. That’s why it’s very, very important to call a professional and first undergo the necessary process to determine a diagnosis before self-diagnosing, or identifying the disorder in others.

That being said, HPD does have a history of running in the family or could be the result of repeated behavior learned from a prominent figure in someone’s childhood. As with most mental illnesses, an exact cause can never be determined without extensive therapy and research – and the risk factors are numerous.

Building a strong foundation of trust and understanding through group therapy is an especially effective way to build upon the advances and improvements made through an intensive therapy option, like cognitive behavioral therapy, brainspotting or dialectic behavior therapy.

Narcissism is a nasty character trait, that’s for sure. No one likes a selfish jerk – but purely being selfish isn’t necessarily an indicator of a mental disorder.

Again, mental illness should never be an excuse to just be a pure jerk. And even with a valid diagnosis, personality disorders never have to be in the way between you and a healthy relationship with another individual – or an entire group of people.

But understanding the implications and specifics of an actually dangerous mental diagnosis, like narcissistic personality disorder, can help an individual get the help they need to turn their life around.

Narcissism is defined as an inflated sense of self, coupled with a self-centered mindset and an emotional immaturity befitting an egotist. But even so, narcissists mostly suffer from their condition, rather than benefitting from their irrational self-adoration. They’re often alone, stuck in difficult relationships, and see themselves as the victim of every negative aspect of their life.

As soon as they realize the implications of their disorder, NPD sufferers want to find a way to lead a normal life as much as the next person – which is where quality treatment becomes critical. Example treatment options include:

No matter how much of a jerk a narcissist can be, it’s important to help someone when they’re truly suffering from a mental condition. Talk therapy is the best way to tackle narcissism, specifically long-term psychotherapy and group therapy. There’s only so much you can do, however, before it’s up to the sufferer to take responsibility and change for the better.

Personalities are complex. Quirks and habits exist in every person, and everyone is unique in their own way. But just as we may exhibit our own differences, clear disorders pronounce themselves in damaging, harmful ways – and they don’t always exist in the pre-made molds provided by the top three definitions. Instead, personality disorders come in a multitude of different definitions, including:

You may or may not have heard of some of these – and they may or may not apply specifically to your case. Mental health is never a field of medicine where a clear-cut, perfect diagnosis is the norm – to the contrary, definitions can become muddy from case to case. As such, it’s difficult to pinpoint exactly what kind of personality disorder someone has until extensive therapy and diagnostics reveals strict patterns and behaviors – and until then, treating a personality disorder requires a lot of patience and experience.

That’s why we try and focus on providing a structured, yet entirely flexible treatment plan that takes every possible combination of mental disorders into consideration, utilizing advanced and cutting-edge diagnostics and treatment tools like brainspotting to ensure we miss nothing when helping you set your life back on the right track.
But before we can sit down and help you restructure and change your life, you have to be brave enough to take the first few steps towards a changed life. No matter how bad things have gotten, or how lonely you feel, there’s always help – always a way to betterment. All you need to do is give us a call – we will make sure you won’t be alone throughout the rest of the way.