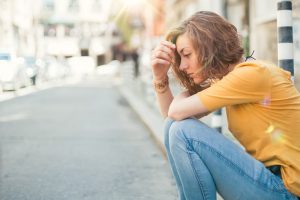 Emotional deregulation, also known as emotional or emotive dysregulation, is basically a fancy term for being unable to react to situations with the appropriate emotional response.

Now, before we risk some massive misunderstanding, it’s important to know that we get people are not robots. We also know everyone reacts to certain events in their own way, with different reactions based on beliefs, experiences, and more. There is a spectrum of expected, normal reactions to any given situation – and falling drastically outside that spectrum is part of a greater list of symptoms known as emotional deregulation.

Tackling each of these aspects helps you better understand what emotional deregulation means, how it can be managed, and how it can be treated as part of a greater psychiatric problem – or in other words, how our comprehensive and holistic treatment plans tackle emotional deregulation and paired disorders in a patient to help a person improve their social skills, emotional stability, and achieve a greater sense of control and belonging in a community.

What is Emotional Regulation?

Emotional regulation is a complex relationship between thought, action, and stimuli. Basically, it’s a cocktail of functions that happen subconsciously in our minds and spheres of influence after an internal or external event. How we react to events is typically predetermined, at least in the sense that there’s a normal range of behavior and emotions regarding most events. But in certain cases, our ability to regulate our thoughts, behavior, and mood around others is irregular and even negative.

Think of emotional regulation as a sort of built-in psychological etiquette that most humans have evolved to possess over the ages. Everyone within a relatively normal condition of emotional and mental health has the innate ability to read and react to situations appropriately, without any sort of training or prior explanation. And understanding of this helps performers and artists extrapolate upon and use it as a basis for humor, art, expression and reaction – drawing out certain emotions or getting an audience to relate to a certain feeling.

When all that goes haywire, however, it’s usually the sign of a deeper inner issue regarding mood and emotion. This sort of inability to control or regulate your emotions appropriately could be described as a sort of emotive hyper-reactivity – you overreact. When someone levies a criticism at you, for example, you may come at them with a burst of sudden anger and even violence, or accusatory behavior.

Not all emotional regulation is subconscious – some of it takes place as a sort of active regulation, highlighted by conscious decisions we make to maintain composure, react appropriately, and suppress the urge or sudden feeling to express a potentially harmful opinion.

Sometimes, our subconscious reaction to an event could be harmful – it could be guilt, or a burst of worry, or overwhelming frustration. Burying that initial reaction is part of emotional regulation as well. But after a while, all the pent-up stress can get to a person’s head – and cause them to overflow in anger or sadness. That’s where inner emotional regulation “strategies” become a big part of how we live our lives. Instead of simply letting the anger get to us over time, or reacting violently to every irksome situation, we create healthy ways to release stress. Some people might find release in video games, or exercise, or socializing.

In cases of emotional deregulation, one major hallmark is the use of frequent maladaptive emotional regulation strategies – or simply put, stress-releasing habits that are ultimately harmful, such as resorting to comfort food, one-night stands, binge drinking, excessive social media use, getting into fights, gambling and so on.

Moderation also plays an important role. While sports and video gaming can be a healthy way to build off stress, and manage feelings of frustration and competency, both habits when taken too far can result in injury and self-destructive behavior. Writing a journal can help you relieve powerful emotions, but it shouldn’t be a substitute for confronting others when necessary. It’s important to have enough sleep, but oversleeping can be a sign of deeper emotional and mental troubles.

We all regulate our emotions, whether we realize it or not. Over the course of our early life, we automatically learn what is and isn’t socially acceptable, and we blend in to become a part of the community around us. Media, role models and the people we encounter teach us to cope with our stress in different ways and react to different situations in whatever way we deem appropriate, to match our personalities and beliefs.

Some people develop strong personalities, with steadfast opinions – others become more complacent, content with conforming to the wishes of others without much of a fight. There are archetypes – but we’re not going to go into those, or try to categorize and label people based on a few decisions and reactions. Introversion and extroversion matters here too – while it’s popular to identify as one or the other, everyone has elements of both, ultimately leaning more to one side or another, or even finding solace squarely between both. While we’re all unique, we all ultimately develop a pattern, based on our own personality and way of coping.

In cases of actual severe emotional deregulation, that steady set of reactions and emotional regulation strategies doesn’t exist. Instead, moods and emotions fluctuate, reactions can be volatile or nonexistent, and overall, a person rarely seems to be in control of how they feel or react to things around them.

How Emotional Deregulation and Disorders Are Linked

Here at Vantage Point, we always treat the whole person. Often, people may come into our facilities with more than a single mental disorder or illness or several troubling symptoms related to a deeper undiagnosed issue. In the case of emotional deregulation, we focus not only on teaching healthier adaptive habits to reduce stress and emotional volatility, but we also help our patients tackle the underlying disorder that’s causing the deregulation in the first place.

There is no straightforward answer when it comes to treatment, as a relatively wide range of disorders can carry emotional deregulation as added baggage. But what we can say, is that we possess the necessary expertise and tools to help you figure out exactly what your deeper issues are, and how they relate to your inability to control your emotions.