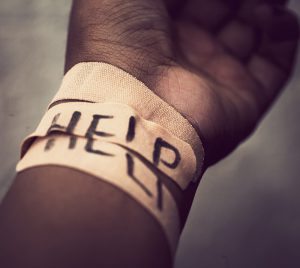 There’s a massively negative connotation attached to the act of self-harm – and while that phrase sounds entirely logical, it’s not the right kind of connotation. In a world where every teenage outburst can be recorded and displayed to the entire world and critiqued, even relativized by people with no personal connections to mental health issues, the lines between maladaptive coping mechanisms in cases of real mental disorders, and supposed simple attention-seeking behavior, are blurred.

They should not be. No matter why a person decides to seek self-harm – with attention-seeking being a very, very rare reason – that alone is grounds to question someone’s mental health. All cases of self-harm indicate a deeper, more complicated inner issue – and misunderstanding self-harm and mental disorders have led to an issue where people begin to downplay the indications behind an act of self-harm.

We at Vantage Point take every instance of self-harm seriously – and so should you. There’s a trend in ridiculing or satirizing symptoms of mental health, with the insinuation that they’re not genuine, often because the fact is that most people can’t understand what it means to suffer from a mood disorder or a personality disorder. It’s not a simple quirk or negative trait, but a deep-seated psychological oddity that’s different in form and function from person to person – relativizing an experience like that just cannot be done.

While there are always people who display manipulative streaks and insincere behavior to fish for sympathy, even that is a sign of deeper mental problems. “Normal” behavior does not include manipulation, calculated emotional distress, or any display of self-inflicted pain to garner any form of sympathy or approval. Ridiculing behavior like that doesn’t help address the issue, but aggravates it – just as much as feeding the behavior can cause it to escalate.

That’s why we find it important to understand what self-harm is, why some people feel the need to experience it, and how we can help you or your loved one move past maladaptive behavior like that.

Self-harm, also known as non-suicidal self-injury, is an explicit form of self-inflicted pain, without intent to kill or maim. The most common expression of this is cutting, although some people also burn themselves.

Self-harm is, in its essence, a maladaptive coping mechanism. When things get rough in life, we tend to react in different ways. Some people rise to the challenge, at some point or another, or simply adapt to life’s changes. But for others, just “rising up” isn’t really an option. Whether an event triggered a mental diagnosis, or whether it just happened to manifest itself, mood disorders and other mental illnesses can often cause unwarranted and sudden bouts of stress and emotional turmoil. Self-harm is an easy way to distract from that, by causing a sharp, intense feeling.

However, because self-harm is harmful and maladaptive – meaning, it doesn’t help you change your situation – that sharp pain and instant relief are often followed by an extended period of guilt, shame, and anger.

That anger can lead to more instances of self-harm, creating a vicious cycle.

Anyone can be a victim of self-harm – meaning, there’s no specific type or look to a person who hurts themselves for emotional relief. But there are certain physical traits, symptoms, and habits that often come with self-harm, such as:

Self-harm is almost always done in secret, with wounds and scars that are hidden away from most people. Furthermore, self-harm – while counterintuitive – is done not just because it hurts, but because it momentarily feels good. It also has nothing to do with feeling suicidal, or somehow fascinated with death – self-harm is an extreme coping mechanism, rather than any sort of manifestation of a dangerous, or morbid personality.

The myth that the average cutter is somehow crazy or deranged, attention-seeking and suicidal is false, and only further builds up and feeds the intense feelings of shame and guilt that most cutters experience after self-harm. There are various ways to express self-harm, including:

While self-harm is usually associated with anxiety, depression, and other disorders where depressive emotions and feelings of worthlessness are common, there are cases where self-harm is part of a different sort of personality – one that isn’t depressed, but rather manipulative.

Some personality disorders may exhibit self-harm and other irrational displays of anger and emotional volatility (such as temper tantrums) as means to manipulate others and evoke a certain reaction in people. This is a completely different and much rarer diagnosis – but one that requires professional help nonetheless, and is aggravated/made worse through ridicule and bullying.

When It’s Time to Seek Help

If you or someone you know is undergoing self-harm, then it’s time to consider professional help. Therapy works – psychotherapy, or talk therapy as it’s also known, is a long-term treatment with several different specific variations designed to analyze and effectively address deeper emotional issues, equipping people with the mental and physical tools to improve their situation.

By understanding how certain disorders come to be, people can begin structuring and monitoring their emotional reactions to things around them, creating a healthier perspective of who they are, and what their self-worth is. Coupled with specific personal habits and hobbies, such as physical exercise, proper nutrition, and better socialization, people can replace and overpower their inner anxiety and depressive issues with time, and support.

We at Vantage Point can’t tell you how long it takes to overcome and eliminate a maladaptive coping mechanism. It may take longer for some people than it might for others – but the key lies in making it a priority to see it through your therapy, and get to the point where you can convince yourself that you no longer need to resort to measures like that to make yourself happy and be content.