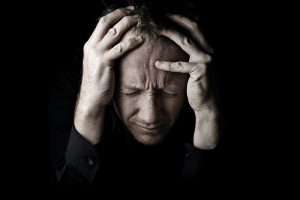 Psychosis is a condition of which is generally considered to be an illness accompanied by hallucinations, sometimes also referred to as delusions.  These hallucinations most often occur outside of the user’s understanding or sense of awareness.  While hallucinations are primarily visual (and sometimes audible as well), their effects can be greatly elevated with the use of certain drugs or by way of the repercussions caused by prolonged drug use.

Drug induced psychosis can result in various capacities, and for various reasons.  When people hear the term “drug induced psychosis” they tend to immediately associate it with hallucinogenics, such as acid, mushrooms and even ecstasy or MDMA.  Nowadays we can also add new drugs into the mix like Molly and Flakka, both of which can pose potentially deadly consequences!  However drug induced psychosis is often times the result of an aftereffect of prolonged drug use, such as sleep deprivation, whereas delusions begin to set in due to the brain’s lack of REM sleep patterns.

One of the complexities here has to do with cases where the drug addict has a preexisting co-occurring mental health issue.  Most symptoms, if the condition is unrelated to drugs, will continue after some abstinence from the drug.  In contrast, if the psychosis subsides following a period free of drugs then it is most commonly a clear case of drug induced psychosis.

In some cases we begin to see true or clinical psychosis as a result of long term drug or alcohol abuse.  For instance, we’ve all seen the case of the bearded homeless guy screaming at a wall or even having in-depth out-loud conversations with himself.  This may be an extreme example, and in reality the psychosis may be caused by something else entirely, but it’s an example nonetheless.

Some of the more common symptoms of drug induced psychosis might be:

At Vantage Point Treatment Center we take great caution in how we initially assess, approach and treat those with any level of psychosis related issues.  As stated above, the first step is to determine the cause and whether or not it will diminish on its own as the patient is removed from his or her pattern of drug use.  With close monitoring and medication as needed, we are usually able to get a much clearer understanding of the psychosis within a matter of a few days.

Our Intensive Outpatient Treatment (IOP) program is recommended for those who require a medium level of structure, support, and community. IOP at Vantage Point allows you to prioritize your treatment for drug-related psychosis issues while still maintaining work and family balance. This level of treatment often provides coaching, psychotherapy, group therapy, mindfulness practices, and other treatment opportunities tailored to your needs.

Vantage Point provides a highly qualified team of physicians and clinicians, all of whom are well trained in all matters of psychosis, drug induced or otherwise.  If someone you know is experiencing such issues as described in this page, we definitely encourage you to seek help immediately!