When Should You Get Admitted Into A Psychiatric Ward? 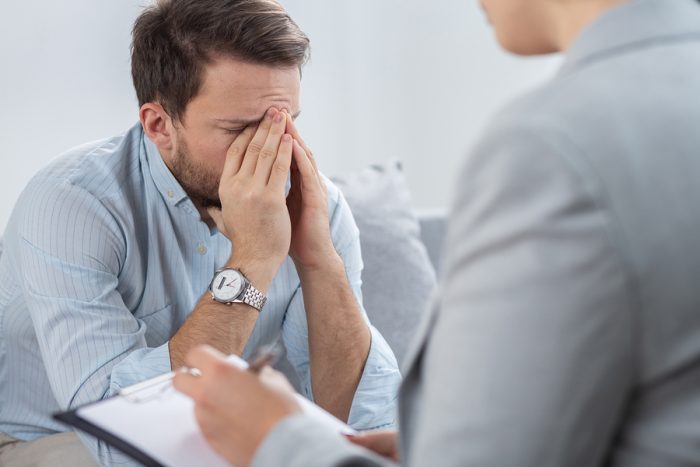 Are you wondering whether you should get admitted into a psychiatric ward? While you may be experiencing severe depression or other mood disorders, a psychiatric ward might seem like a last resort. How do you know when it’s time to apply for admission?

A week ago, I advised a man to get admitted into a psychiatric ward. He was suffering from depression, but was still mostly functioning. He was going into work every day and achieving the outcomes he needed to. He wasn’t self-harming or thinking seriously about suicide. He did not think he needed to get such serious help.

However, there were other concerning signs. He was smoking marijuana most nights just to feel okay. He was isolating from the people he loved. He had no motivation to do anything but what he absolutely had to in order to get his paycheck.

What’s more is that he himself knew he was on the road towards a major depressive episode. He did not see how he could change course, especially since he was already on antidepressants and therapy had been unsatisfactory. The thing is, he assumed he had to wait until he was on the verge of suicide to get admitted to a psychiatric ward.

This thinking is problematic, although it is very common. I experienced it myself years ago when suffering from depression. My life was almost unbearable, but because I could technically bear it, I thought that admitting myself to a psychiatric ward was giving up.

Unfortunately, while the option is still available later on, by then we have already put ourselves through a worse hell than we could have imagined.

How do you decide that it is time to get admitted into a psychiatric institution? Consider the following.

You can’t see life getting better

Many people battle sadness and despair, but do so with the underlying belief that things will get better. This makes the feelings somewhat more bearable, and is a sign that they have an idea of how to move forward. If you can’t see life getting better, it is time to consider getting serious help, even if you are still functioning at a reasonable level work-wise.

The man I mentioned earlier was smoking marijuana almost nightly. However, he did not present as an addict. Rather, this was a form of self-medication. He was using marijuana to try and numb the symptoms of the depression. This type of behavior can quickly lead to addiction. However, even before that happens, it is a sign that more intervention is necessary. Whether you are using marijuana, alcohol, sleeping pills, or other substances to numb yourself, it may be time to admit yourself into a psychiatric institution before it gets worse or you become addicted.

Heading straight into a psychiatric institution is rarely anyone’s first step. Rather, we usually try other interventions first, including medication and therapy. If these interventions have not helped – or have only slowed an increasing sense of despair – the next step may be to admit yourself into a psychiatric ward. Your psychiatrist and therapist should be able to help you make this decision. Let them know you are thinking about it as an option.

Suicide is the most extreme self-destructive act, but there are many behaviors that fulfil a similar urge. Of course, self-harm like cutting, scratching, and burning are examples. But self-destructive urges also include behaviors such as driving drunk, presenting work you know is not up to standard, driving loved ones away, meeting complete strangers for hookups at their homes without telling anyone, and engaging in unprotected sex. These behaviors can ultimately be catastrophic, and are a sign that you should consider admitting yourself into a psychiatric ward.

There is no clear line as to when to get admitted into hospital for mental health issues. However, it is important to know that you do not have to be suicidal to do so. The sooner you get help the better, and a psychiatric ward does not need to be a last resort. If you meet any or all of the above criteria, have a serious conversation with your doctor about the possibility of admission.