My Social Anxiety Journey: The Boy Who Always Blushed 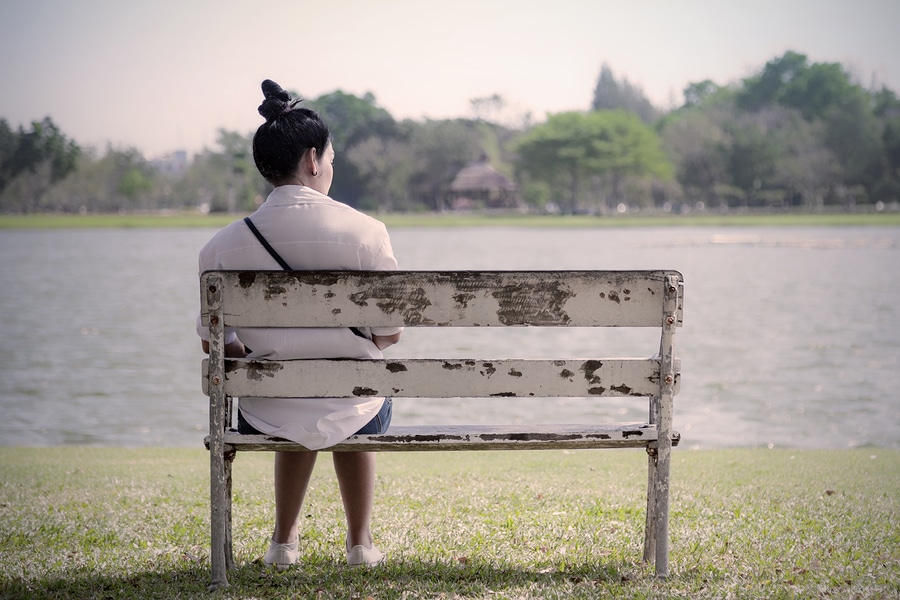 Social anxiety has been a part of my life as long as I can remember. However, I didn’t always have the words for it.

As a small child, I was called shy. I would find myself clinging to my mom’s leg in social situations. In school, I was quiet. I didn’t put my hand up in class even though I always knew the answers. In groups of kids, I listened, not knowing what to say.

It was tough being the quiet kid. But it got a whole lot worse once I hit puberty. I don’t remember when it started, but my adolescence was a nightmare of blushing and sweating.

The worst was in class. A teacher would call on me and I would feel my face heating up. The embarrassment of blushing yet again would accelerate the humiliation. All of a sudden, I would be sweating profusely, with my face “as red as a tomato.” I hated when people said that!

My propensity for blushing and sweating made it difficult for me to speak to people. Even among my friends, I would rarely express myself in an authentic way. I never knew what to say when I was on the spot. And I would never consider actually speaking about my red face.

What made it worse was that the knowledge that I might blush would cause me to blush. I would blush preemptively, often revealing what I felt embarrassed about. In the wealthy private school I attended, I considered my parents’ financial struggles to be a source of humiliation. And so, if a teacher was speaking about poverty, even in a context completely different to mine, I would beg myself not to blush, and in no time I could smell my deodorant wafting off my sweating skin.

Diagnosis: a blessing in disguise

Over the past decade or so, I have worked hard in therapy to learn to manage my social anxiety. It has been an extremely meaningful process. However, being diagnosed with social anxiety disorder (SAD) itself was a huge first step.

As an adolescent, I felt like a freak. I could not see past my own social anxiety, and so I convinced myself that it was just me. No one else blushed. No one else struggled to find the “right” thing to say. I was the most quiet, reddest, sweatiest person the world had ever seen.

Knowing that I was not alone would have lifted a huge burden off my shoulders. Knowing just how many others experienced some level of what I did still astounds me. Around 9% of US adolescents suffer from social anxiety disorder. Around 7% of US adults suffer from it.

Nowadays, instead of feeling like a weirdo, I think back on the isolated boy I was with compassion.

My social anxiety became somewhat less severe once I left school, as I felt I could reinvent myself among a whole new group of peers. However, only when I started therapy at the age of 22 did I truly start to get a handle on it.

CBT is the more structured approach. It involves, among other techniques, listing your anxieties and looking at them under a rational light. You practice this outside of social situations, and it becomes second nature to an extent.

For me, however, it was in exposure therapy that I saw the biggest results. Exposure therapy refers to putting yourself in situations which you fear. You do so in a way that is safe, and with the knowledge that you have support after the fact.

I would sometimes make conversation with strangers, knowing I could “mess up” and wouldn’t have to see them again. And in some social situations where I had no one to talk to, I would simply sit on my own, facing my constant fear of looking like a loner.

As I became more used to interacting in social situations, I was able to do so in more “high stakes” environments. I would talk to people who I would probably see in future situations, or who I would have to work with.

It helped that I had my therapist to speak to in the following session. When I felt I had messed up, he would help me look at the scenario in a more rational way. It became more and more clear that, most of the time, the stakes weren’t nearly as high as they felt, and the “mess up” was not never a catastrophe.

He introduced me to two new inner voices that counteracted the old ones: the nurturer and the soother. The nurturer countered the inner critic, talking up my good traits rather than focusing on everything wrong. The soother countered the catastrophizer, showing me that, actually, there was no catastrophe and I was safe.

Where I am now

If I could have seen myself as I am now back when I struggled most, I would have felt an incredible amount of relief and joy. Back then, I thought that the anxiety was just a part of me, and that it would always feel as bad. Turns out there was plenty I could do to manage my social anxiety, and the process was often life-affirming and enjoyable.

It also became clear that my sensitivity is actually beneficial when trying to connect with people on a deeper level. Yes, I’m still quiet and there are social situations which trigger my anxiety. But I now have strong friendships, people who I share myself with on a level far beyond the superficial.

Social anxiety disorder is not a personality trait. You do not have to struggle in social situations all your life. This is not to say you are going to become the loudest voice in a crowd. But you can learn that it is perfectly okay to be yourself, and that you can find deep connection in your interactions with others.