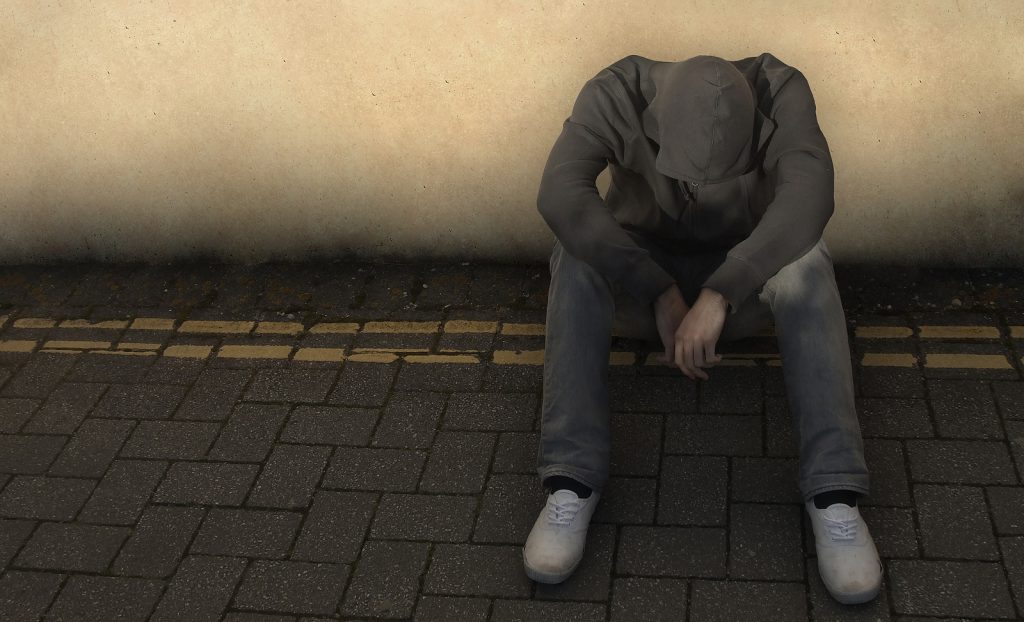 But on a Tuesday, I was arrested for my third DUI. It was eleven in the morning and I had only woken up at ten. I was driving drunk on a day and time that should have been more predictable than any. I should have been sitting at a desk with a cup of coffee, not swerving my way around the streets with a bottle of vodka in the passenger seat.

Getting arrested on a Tuesday morning with a bottle of vodka was a choice, if not a conscious one. I drank vodka when I wanted to get very drunk very quickly. I had nowhere to be because I was out of work. My family wasn’t talking to me. Getting in that car was a statement of helplessness. I would either die or be put in recovery by external forces.

There were a number of times long before that Tuesday that I had thought I’d hit rock bottom. My other DUIs. The day my own mother stopped talking to me. The day I came into work only to find out I had been fired a week earlier, since when no one had been able to get hold of me.

But when you think you’ve hit rock bottom, you find out that there’s far deeper to fall.

Rock bottom has been described as that point at which you realize there is no way to go on like this. You finally recognize that your life as you know it is over. Something has to change, or else you will die.

Reaching rock bottom came after a series of self-destructive choices that spanned a number of years. I had gradually sabotaged everything good in my life, until all that remained was alcohol and a few people who I didn’t particularly like but stuck around because they enabled me.

On the day I knew I’d hit rock bottom – the day before I got arrested again – I wanted nothing more than to die.

Did I have to hit rock bottom?

It took me a long time to be able to say this, but I am grateful for having hit rock bottom. By hitting rock bottom, I had no choice but to turn my life around. Having been sober for seven extremely happy years, it is no longer hard to appreciate what got me here.

However, I also know that I am lucky. I could easily have died on that Tuesday. Rock bottom is not a magical milestone on a road to recovery. And as such, not everyone needs to hit rock bottom to recover.

The idea that you need to hit rock bottom is dangerous, because many people who get there don’t ever recover. Tens of thousands of people die every year due to alcoholism.

The problem is that alcoholics often don’t feel like they deserve help. I felt like I had created my own hell and needed to get myself out of it. Hitting rock bottom showed me that was no longer an option, but I wish I would have treated myself just a little bit better.

I wish that every alcoholic knew that they are battling an illness and that they deserve help as much as any other ill person.

At the end of every Twelve Step meeting, we repeat the mantra:

Recovery really gets underway when you recognize that you are worth it. Blaming yourself helps no one and only hinders your path forward.

Hitting rock bottom does not show you you’re worth it. It simply gives you no option to go on believing you’re not.

It is not necessary to reach this point to get better. If you are able to ask for help and start learning why you are deserving, you may never need to reach the lowest point imaginable.