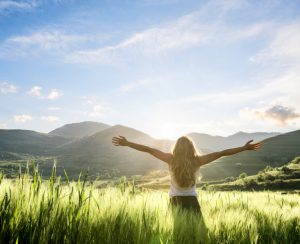 Positive Psychology is a rapidly growing field that explores human potential, genius, and happiness. Historically, psychology has been a field that focuses on the psychological problems and dysfunction of human beings. However, in contrast, Positive Psychology examines how ordinary people can become happier, find more meaning in life, and feel more fulfilled. It should be noted that this field is a science, as all subfields of psychology are, and therefore its theories must be tested and proven before applied. Therefore positive psychology does not include untested self-help theories, positive thinking, or new age ideas.

The Origins of Positive Psychology

Martin Seligman is widely known as the founder of Positive Psychology. While Seligman was president of the American Psychological Association in 1998, he used Positive Psychology as a major theme of his presidency, which helped the psychological subfield grow in popularity. Seligman is deemed to be the 13th most cited psychologist in introductory psychology textbooks, and today, he is a professor of psychology at the University of Pennsylvania. Seligman began his career with a strong interest in depression, which later developed into his theory of learned helplessness and positive psychology.

However, another strong contributor to the growing field of Positive Psychology is Hungarian researcher Mihaly Csikszentmihalyi. Throughout his career, Csikszentmihalyi studied the optimal experiences of human beings, including the experiences of creative flow. In his research, he found that when people are highly focused on challenging tasks, they tend to experience positive states of mood.

Positive Psychology has its focus on three areas of life:

This growing field of psychology is used in a variety of settings. Applied Positive Psychology is found in communities, federal and local government, mental health, healthcare, education, organizational effectiveness, facilitating purpose and meaning in one’s work life, and finding satisfaction in one’s everyday life. In fact, throughout the decades that Positive Psychology has administered studies and research, it has found evidence for the following:

Positive Psychology is rapidly becoming more and more popular among clinicians because of its potential to bring great positive change to the lives of clients. A focus on what’s going well in life, highlighting strengths and gifts, as well as eliciting one’s potential is dramatically different than a psychology of the past. It is for this reason that Positive Psychology is being applied to a wide variety of both clinical and non-clinical settings.