Is Being a Night Owl Bad for Your Health? | Vantage Point Recovery

Is Being a Night Owl Bad for Your Health? 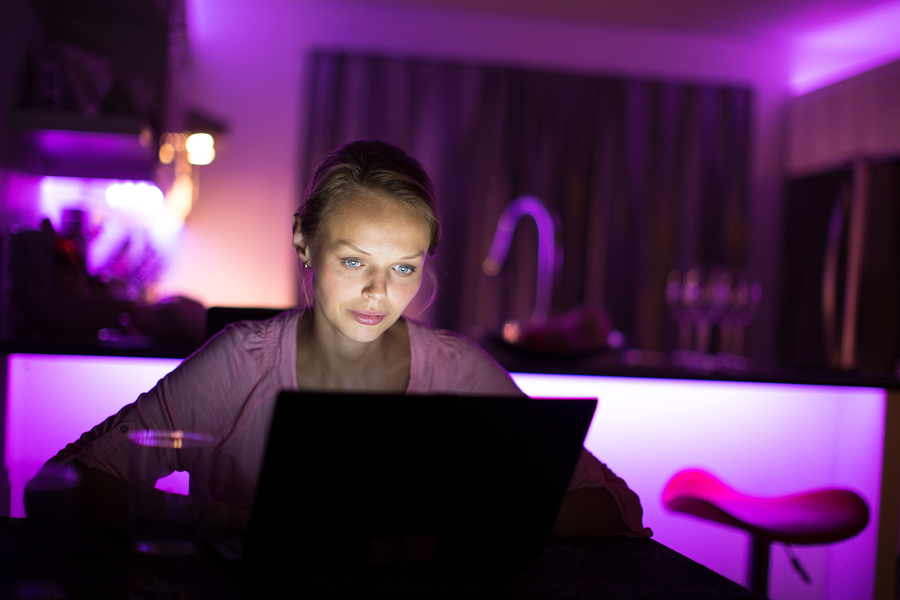 There are many different aspects of your health that can be linked to getting eight hours of sleep, but a person’s particular sleep schedule may also influence their well-being. People typically have a certain time when they fall asleep and wake up which is known as their chronotype. People who are night owls, or usually go to bed very late and sleep in, are considered to have an evening chronotype that can be linked to various health issues.

Night owls may be naturally predisposed to stay up late at night and get most of their sleep in the morning, but this tendency can cause problems for them. New research suggests that staying up late and sleeping in can have a negative impact on your mental and physical health. A person’s circadian rhythm can be closely linked to their health and having unusual sleeping hours can change a person’s physiology in important ways.

Staying up late can be linked to a number of different health issues including depression, a weakened immune system and anxiety. People who are night owls tend to get less restorative sleep and often less hours in bed overall which can cause some health symptoms to appear. In order to combat symptoms of depression and other problems it is recommended that people fall asleep earlier than they are accustomed to.

The Link Between Depression and Sleep

Recent research has discovered that people with a later chronotype tend to have more symptoms of depression. Poor sleep in general is also associated with depression as many people with symptoms tend to sleep irregular hours or don’t get a full eight hours a night. Strategies to alter or regulate a person’s circadian rhythm may help to improve their depression although it can often be difficult to change our natural sleep cycle.

People who are night owls or have an evening chronotype may struggle more often with depression because of light exposure at night. Other studies have shown that chronic exposure to dim light at night can lead to depression within just a few weeks. Artificial light can disrupt the production of melatonin, the hormone that helps regulate our sleep cycles and may also control mood-related symptoms.

Improving the circadian rhythm and production of melatonin through reducing light exposure at night could be helpful in resolving health issues for people with evening chronotypes. Increasing sunlight exposure during the day can also be crucial in producing more melatonin. LED lights or “blue light” may also have a negative impact the production of melatonin, causing sleep problems and possibly increasing symptoms of depression.

People who tend to fall asleep later may be getting less hours of sleep and less restorative sleep which is essential for good health. Studies have shown that deeper, non-REM sleep tends to occur earlier in the night and is crucial for your body and brain to function optimally. Lighter, REM sleep occurs later at night and early in the morning when night owls tend to sleep.

Over time, getting less deep sleep can have a negative impact on a person’s functioning including their memory and concentration. Lack of deep sleep can also affect someone’s energy level and hunger, causing them to eat more and feel sluggish during the day. People who get less hours of sleep also tend to have higher heart rates which can contribute to anxiety and depression.

Although it can be tricky to change a person’s natural inclination of when they fall asleep, making efforts to adjust a night owl’s sleep schedule can have a positive impact on their health. Making different choices such as getting more exposure to sunlight during the day, limiting artificial and LED lights at night or even taking melatonin supplements can help improve their sleep schedule. In order to get more of the deeper restorative sleep of the non-REM hours it is best to fall asleep between 8pm and midnight.

Changing a person’s sleep schedule may take some time but ultimately it may help resolve issues with energy levels, depression, anxiety and a number of other health problems. Going to bed a little earlier gradually every day may make it possible to eventually adjust your natural chronotype. No matter what time you go to bed it is always important to get eight hours of sleep every night to maintain mental and physical health.

Making sleep a priority along with other aspects of health can be useful in minimizing mental health symptoms and preventing other serious issues from becoming a problem. Many people don’t realize the importance of getting a good night’s sleep every single night. Finding ways to change your sleep habits can be an important tool in the overall effort to address mental health problems like depression and anxiety.