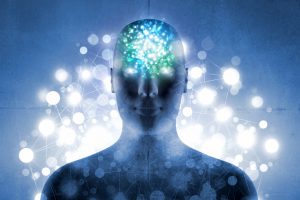 Hypnotherapy is therapeutic modality in which a therapist guides a client’s imagination, thus producing a deep state of relaxation, in order to facilitate certain intended changes in thoughts, behavior, sensations, or feelings in the client. Hypnosis is a state of deep attention, which is induced by a certified and trained professional. For many people, the mind is highly receptive to suggestion and therefore suggestions offered to someone during a hypnotic state can be used to help that person reach their goals. This modality is often used among psychologists, therapists, and alternative forms of healers.

Hypnosis works by guiding someone into a deep state of relaxation or an altered state of consciousness. When a client reaches this state of relaxation, a trained professional offers suggestions that are aimed to bring about change or healing. For instance, a person might have created an association between stressful emotional situations and drinking. Hypnotherapy can be used to break that long-held association, and instead replace it with another association that is healthier and less destructive. Instead of drinking when a client feels emotionally stressed, he or she might go running to let off some steam, which is a suggestion that could be offered during a Hypnotherapy session. Or another suggestion that might be offered during a session is that he or she talk with a psychologist so that problems don’t build inside. Hypnosis can also work by suggesting that drinking is a bad idea. In general, hypnosis works through planting suggestions in the mind. These can be any suggestions that might improve one’s life.

For most major concerns, however, it’s important to keep in mind that hypnosis alone is not a thorough treatment method. For instance, although hypnosis might address certain individual problems, it shouldn’t be the only method for treating mental illness, physical illness, or addiction. Certainly, Hypnosis can be used as a component of a larger treatment plan. For instance, for those who are in recovery, the goal for Hypnosis might be long-term sobriety with the overall effect of Hypnosis bringing fewer and fewer experiences of triggers and cravings. Yet, addiction also requires detoxification, psychotherapy, and at times medication. Therefore, a variety of modalities, including Hypnosis is best for a thorough treatment plan.

Some people are afraid of hypnosis, particularly because it requires trust in the person who is facilitating the process. However, if fears and doubts can be put aside and if a person is able to relax, then it’s possible that this form of treatment can lead to significant results.

When a person experiences hypnotherapy, it’s common that he or she does not know which form of Hypnotherapy is being used. Typically, however, a hypnotherapist is trained in one of two ways:

Traditional Hypnosis: The therapist gives direct suggestions to the unconscious mind. This is a good type of hypnosis for those who readily accept what they are told.
Ericksonian Hypnosis: The therapist uses metaphors to give suggestions and ideas to the client’s unconscious mind. This type of hypnosis is effective for those who tend to resist change.

In order to find a hypnotherapist, a person might explore online Hypnotherapy directories or get a referral from a psychologist or psychotherapist. If you or someone you know is experiencing a concern, Hypnosis might be able to help.