Maintain Your Mental Health While The World Burns | Vantage Point

How To Maintain Your Mental Health While The World Burns 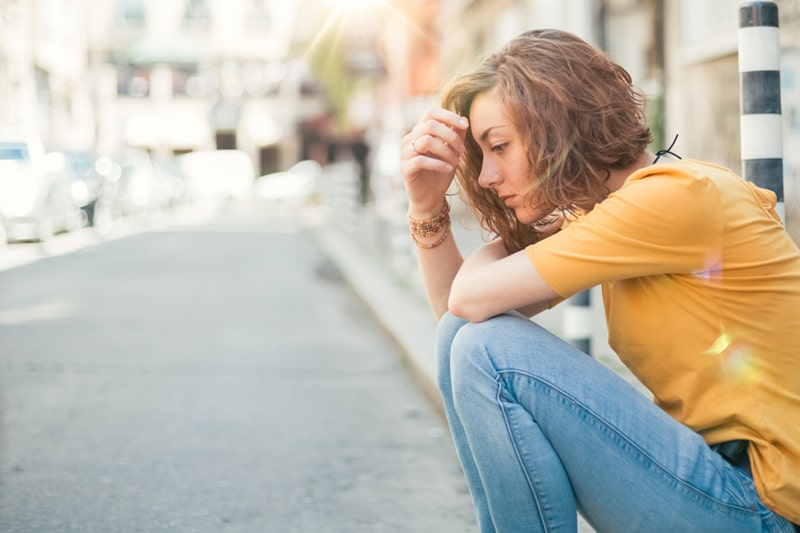 Someone I know recently tweeted that if you are not depressed, you haven’t been paying attention. They were referring in particular to the hatred being spread by politicians around the world, the travails millions of people go through every single day, and the constant threat of climate change (and now COVID-19).

The statement struck me as somewhat misguided, considering that depression is not a function of circumstances. It can be triggered by them, but it is a disease that people suffer from even in the best of times.

On the other hand, the idea made sense. How can you maintain your mental health while the world burns?

I used to ask myself this all the time. It seemed almost irresponsible to be happy. Putting the suffering of others out of my mind felt like a betrayal of my empathetic nature.

However, after spending time in an inpatient facility for my depression, I learned something crucial. Feeling sorry for others is not empathy. It helps no one, but rather amplifies the problem.

In a psychiatric institution, you have to learn emotional boundaries. You are surrounded by people suffering as deeply as you. Since anyone suffering from a mood disorder necessarily has an increased sensitivity to others, the lines become blurred.

This is not a failure of psychiatric institutions. Rather, it is part of the healing process. In order to learn to approach life in a healthy and mindful way, you need to know how to build intentional boundaries. These boundaries do not stop you from caring. But they do prevent you from taking on other people’s pain.

My therapist spoke about the difference between pity and empathy. When you pity someone stuck in a pit, you join them in the pit. When you have empathy towards them, you appreciate their experience. Only from the outside can you offer them any help at all.

The thing is, empathy is not about the helping part. It is about appreciating people for who they are and where they are. You see them, rather than their problems, and you can decide mindfully whether you have anything to offer.

People are more than their problems

There is a Henry Miller quote I love:

“A man who has confidence in himself must have confidence in others, confidence in the fitness and tightness of the universe. When a man is thus anchored he ceases to worry about the fitness of things, about the behavior of his fellow-men, about right and wrong and justice and injustice. If his roots are in the current of life he will float on the surface like a lotus and he will blossom and give forth fruit. He will draw his nourishment from above and below; he will send his roots down deeper and deeper, fearing neither the depths nor the heights. The life that is in him will manifest itself in growth, and growth is an endless, eternal process. He will not be afraid of withering, because decay and death are part of growth. As a seed he began and as a seed he will return. Beginnings and endings are only partial steps in the eternal process. The process is everything… the way… the Tao.”

In short, he points out that when you are connected to the currents of life, you don’t need to obsess over other people’s problems. You have confidence in them and the universe we all share. The subsequent connection allows you to go about life in a non-reactive way, living intentionally and appreciating the fullness of other people.

It reminds me of something my partner said to me when we travelled to New Delhi. I saw hungry people begging on the side of every road and pitied them. I began to resent the city. My partner helped me appreciate that all I was seeing was these people’s poverty. However, they were more than their poverty. They were whole people with as much depth as anyone else.

With this perspective, not only was I able to renew my perspective on Delhi, but I was able to meet people and interact joyfully with them, getting to know them on a deeper level than I would have if I had simply handed them money and moved on.

My friend not only got the concept of depression wrong, but they also misunderstood what it means to be paying attention. Seeing all that is wrong in the world is a function of fixation. You see what you expect to see, rather than what is.

Paying attention, however, requires you to allow yourself to see everything, not just what you are looking for. Paying attention allows you to experience empathy and connect with the world in a real way. Paying attention gives you the opportunity to be happy and mentally healthy even when others see a world that is only burning.