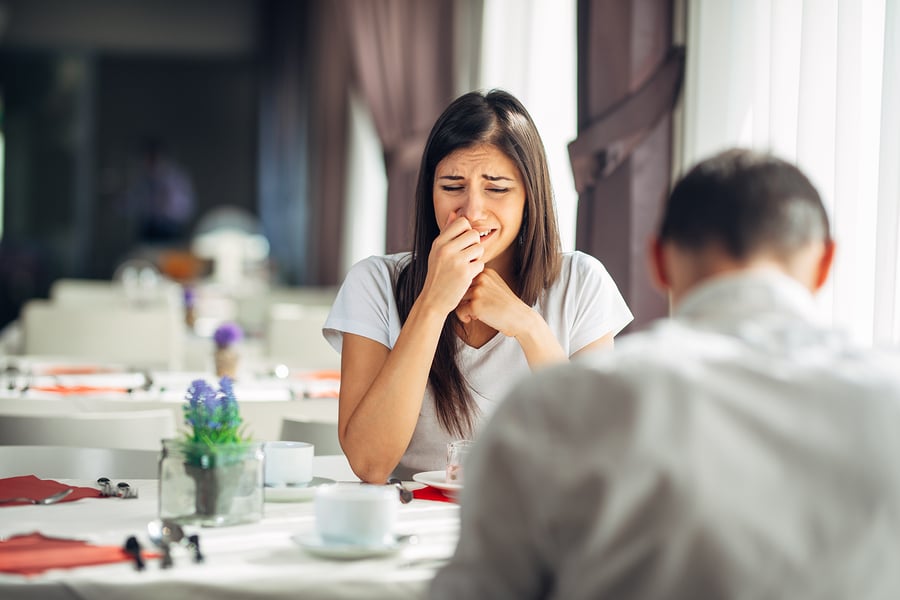 Relationships can be complex and difficult to have perspective on while you are involved in them. People become engrossed in the feeling of being in love with someone and may not even realize when a relationship becomes toxic and unhealthy. People that end up in emotionally abusive relationships may not even understand that they are being abused because they are not being physically hurt.

Even though emotional abuse may not seem as severe as physical violence, it can have serious consequences on a person’s mental health. Abusive relationships can have a long-term impact when a person stays in them for many years. In an emotionally abusive relationship, the victim will lose much of their self-esteem, independence, and sense of dignity.

The Beginning of Emotional Abuse

It can be confusing and difficult to identify a toxic and abusive relationship because often these kinds of relationships can begin with lots of romance and passion. When you first meet, your partner may go out of their way to be affectionate and show their devotion to you. They may be charming and generous with romantic gestures in the beginning because they want to lure you in to a serious relationship.

This kind of relationship can quickly pick up speed and become very intense quickly. The partner may pronounce their love early on but also become jealous and protective. As the partner slowly becomes more emotionally abusive they may allow their jealousy to turn to possessiveness and paranoia as they want to make sure they have access to you at all times.

They might want to make sure they always know where you are and who you are with because they are mis-trusting, controlling and insecure. Their jealousy and possessiveness may become so intense that you begin to lose touch with family and friends, spending most of the time with the abusive partner in an attempt to appease them and prove your fidelity. People in abusive relationships tend to become isolated and lose touch with what is actually normal and healthy communication. Therefore, those people must undergo abusive relationship recovery treatment as soon as possible.

When a Relationship Becomes Harmful

As jealousy and attempts to control escalate, an abusive partner might also become more hostile and irritable. Their affection can be unpredictable and they might turn on their victim if they don’t agree or comply with them at all times. The partner becomes cold and detached or even aggressive and angry if the victim does not always conform to their wishes.

An emotionally abusive partner can be a loose cannon as their victim never knows what they might say or do that could potentially upset them. As a result they must be overly cautious when dealing with them to avoid offending or upsetting them with certain words or actions. The victim may feel that they have to always walk on eggshells around their partner.

When an argument occurs, an emotionally abusive person will find a way to turn it around and always shift the blame on their victim. Even mistakes that they have made always become the other person’s fault and they are never able to accept responsibility for their actions. Victims can start to interpret their partner’s intensity as evidence of their love and passion for them instead of identifying it as a problem.

It is very common for victims of emotional abuse to experience a lot of criticism from their partner. They may constantly be putting the victim down by ridiculing them for their habits, lifestyle choices, what they eat and drink, their abilities and their appearance. When victims try to confront their partner about their constant criticism they will attempt to “gaslight” them by pretending it never happened or that they are exaggerating and being crazy.

The sad reality of emotionally abusive relationships is that even when the victim starts to feel like they want to leave, their partner may employ manipulation tactics to force them to stay. The victim may believe that they don’t deserve better and can’t handle being alone. Unfortunately, there are instances where emotional abuse can escalate to physical violence the longer the person stays in the relationship.

If you are seeking for emotionally abusive relationship recovery then you need to reach out to someone for help. Talk to a friend or find a therapist who can give you an outsider’s perspective on the situation and help you take steps to leave your abusive partner.