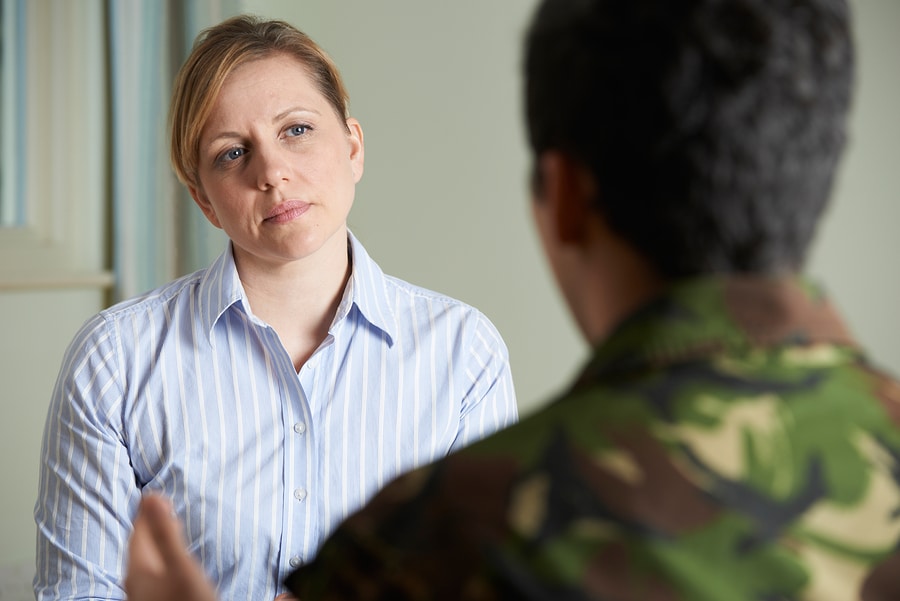 Experiencing a traumatic event in your life can manifest itself in different ways. Everyone reacts to trauma in their own personal way and sometimes the aftermath can create complex mental health issues. Some people may seem to recover well initially, only to struggle with very severe symptoms that make daily life a struggle later on.

A common reaction to a very serious trauma such as witnessing or experiencing violence is the appearance of symptoms associated with post-traumatic stress disorder or PTSD. Most people are diagnosed with PTSD if they experience a certain set of symptoms for at least a month following their exposure to a traumatic event. However, some people may have a significant delay between their exposure and the onset of traditional symptoms.

Although delayed onset PTSD is not frequently diagnosed it has been observed in some studies and tends to appear in almost a quarter of PTSD cases. This type of PTSD can be complex because when someone does not exhibit severe symptoms immediately following the event, their loved ones may believe that they have already recovered. Unfortunately, with delayed onset it is still very important to receive professional treatment to avoid any further complications and problems.

People typically experience symptoms of PTSD within the first few months or so after they have been exposed to a traumatic event. Someone with delayed-onset PTSD will not experience any symptoms until at least six months after the exposure. The delay might be even longer than six months depending on the individual case and some people may take years to finally exhibit the symptoms.

It is still not completely understood why some people experience a delay between their trauma and the onset of a disorder. Some research has found that most cases have had some more mild symptoms of PTSD for a period of time but not enough to be diagnosed with the disorder until the symptoms become much worse. It is very rare for there to be a complete absence of symptoms prior to finally receiving a diagnosis and most people experience a worsening or re-occurrence of their symptoms.

One of the common reasons that people have delayed onset PTSD is that they are confronted with additional life stressors or even a second type of traumatic event. If they did not experience many symptoms from their early traumatic experience, a disorder may be triggered by new circumstances that arise later on. The added stress may tax a person’s ability to cope with the previous traumatic event and they begin to react with more severe symptoms.

One study showed that World War II veterans that did not have severe symptoms of PTSD in their younger years, developed the disorder later in life following a major life event such as losing a job or a family member. They began to have re-occurring reactions to their traumatic war experiences that took place many years ago.

One of the reasons delayed-onset PTSD is an issue for people is that they are not getting the treatment they need immediately after their exposure to trauma. Even if their symptoms are relatively mild or seem to lessen over time it is very important to process the trauma and heal from it through the help of a professional therapist. Without treatment symptoms may remain an underlying issue until they are triggered by another stressful event and transform into a full disorder.

These are some of the common symptoms of PTSD:

Even if someone has symptoms that are not severe enough to meet the criteria for PTSD they can still interfere with their life and increase their risk for delayed onset on the disorder. That is why it is so important to take steps to manage treat any reactions to trauma instead of assuming that they will disappear over time. People who have gone through trauma need to learn how to cope with event and reduce their stress.

It can be very common for people to avoid thinking about or dealing with their trauma because it is too painful. They may even engage in substance abuse as a way to self-medicate their feelings and continue a habit of avoidance. Unfortunately any type of substance abuse is likely to make symptoms much worse in the long run.

Whatever the severity of your trauma may be, make sure to get treatment as soon as possible. Believing that you are okay in spite of the event can lead to problems later on. If you or your loved one have been involved in a very traumatic experience, find a behavioral health program that focuses on trauma healing.